How to choose the perfect waves for beginner surfing

Surfing is hard enough as it is. Not only do you have to balance and turn on the board, you have to learn to position yourself, paddle correctly, drop in, and pop up on moving waves just to get to the riding part. It’s like trying to snowboard on a moving mountain or skateboard on a moving street.

Choosing the wrong place to begin can be the difference between loving and hating surfing. Most surf schools will take you to a proper spot, but if you go out on your own follow the suggestions below: 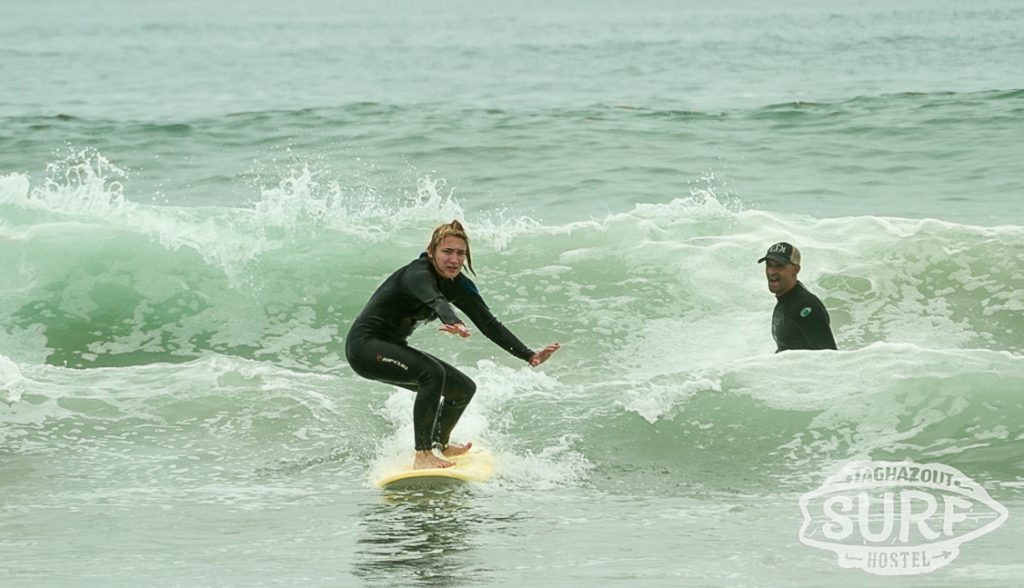 What Wave to Surf

Generally, you want a wave that is big enough to push you on your board. The whitewash in the left picture is about 1.5 feet tall – you do not want anything smaller because it will be too hard to stand up and you will be going too slow surfing.

This whitewash wave is so small it’s hard to see. Remember, the smaller the wave, the harder you have to paddle to catch it and the harder it will be to stand up (no momentum). Tip: You want to use the wave’s momentum to help you stand up. So if you catch a big wave, use it’s power to do the push-up. Then wait until you are balanced to stand up.

If you catch this wave right now, you will definitely end up nose-diving (which results in you falling off the board and the board flying high into the air). As you can see, the wave is still breaking and turning into whitewash, so you want to wait 2-3 seconds longer to catch it or paddle really fast in front of the wave to make sure it has broken behind you. Check our package for beginners

Recent Posts
Archives
Categories
We use cookies to ensure that we give you the best experience on our website. If you continue to use this site we will assume that you are happy with it.AcceptPrivacy policy